The Stomach – Structure, and Function

The gastrointestinal tract of our body is responsible for digestion, metabolism, and excretion of food. Numerous organs are involved in this process. Digestion begins right from the chewing in the oral cavity and then proceeds in the stomach. So, how does this take place in the stomach? Well, let’s look into this important body organ in detail to understand this. 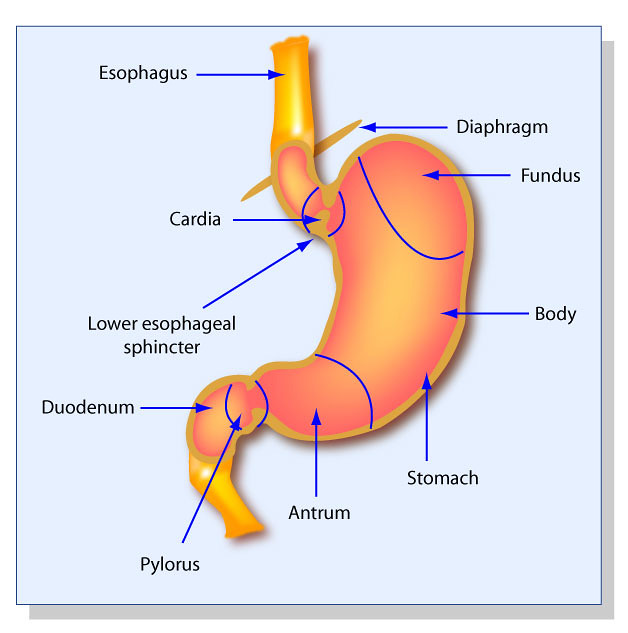 The stomach is a hollow, muscular organ that is situated in the upper abdomen. It is considered as a connector between the esophagus and the small intestine. The J-shaped appearance of it distinguishes it from other organs. Anatomically, it can be divided into:

The main job of the stomach is to break down the food we eat. But how can this happen? To answer this, we need to understand the microanatomy.

The stomach wall has the following layers :

Among all these layers, the mucosa layer is enriched in gastric glands and other cells that secrete hydrochloric acid, pepsin, intrinsic factor, bicarbonates, and mucus. These act on the food we eat to digest them. But for this to be possible, the muscularis externa produces the peristaltic movements in the stomach. So, the food in our stomach churns and finally breaks down. Finally, the protection of the stomach from the hydrochloric acid is done by the mucus layer.

0 responses on "The Stomach – Structure, and Function"